Nine years ago, my husband and I married in a local registry office, in the middle of a snowstorm. The snow was particularly poignant as my father had passed away the previous month, his funeral having taken place less than two weeks before the wedding. Our limousine had wound its way through a deepening blanket of snow, a dicey ride. As we made our vows, heavy snow began to fall again which we took as a sign. Confetti from heaven, and the photos were beautiful.

I first met Clive as we stood on the sidelines, trying to warm freezing hands and feet by stamping and clapping. His oldest son had joined a football team that my twin boys played for. We had hit it off instantly, the spark an immeasurable jolt.

Over the weeks,  as the boys team played at various venues, I began to eagerly anticipate my freezing cold Sunday mornings. Sometimes, his wife and younger son joined him and I was often joined by my partner.

We saw more of each other over the coming weeks and we both knew we had found the one. We were concerned about our children’s education and vowed to keep quiet until they had left school and exams were done. Unfortunately, although fortunately, life has a way of messing with such plans and his wife had found out about our affair within just a few weeks. 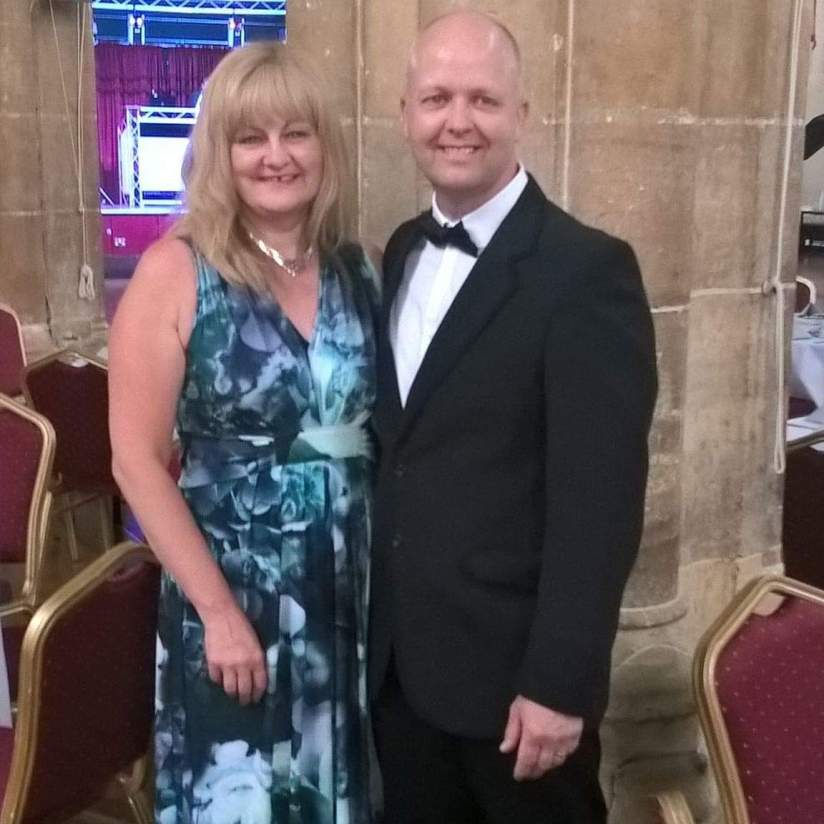 Just two months after our first kiss, we had found a place to move into, left our prospective homes and moved in with each other. We were extremely lucky that our children all got along well so becoming step-brothers and step-sister was a relatively easy path. We both felt guilty at the disruption caused during their formative years but, on the whole, everything went smoothly.

Clive quickly took on the role of step-dad as my own children moved in with us. Over time, the arrangements were made and his boys visited us during the week (he was allowed one evening) and then on alternate Saturday nights. It never seemed enough but we were determined not to rock the boat and went along with it.

Years passed and we grew ever closer and became a tight unit and now, nine years since we married (almost twelve since we moved in together), we could not be happier. We have learned to dance together, a hobby which has become a large part of our lives, and love spending time with each other.

I cannot imagine a single day without that man. He is the best thing that has ever happened to me and I couldn’t be happier. He is a calm, loving, attentive husband who would never raise a hand to me, in fact he treats me like a queen. I think I just might be the happiest wife in the whole world.